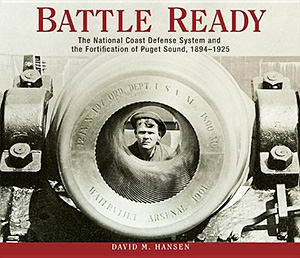 "Battle Ready: The National Coast Defense System and the Fortification of Puget Sound, 1894-1925"

Before airplanes, the cold war and the space race changed warfare forever, coastal cities were most vulnerable to attack from the sea. Though small compared to coastal areas on the eastern seaboard, Puget Sound was already an established and growing sea port at the end of the 19th Century and was deemed by the U.S. government to be worth defending.

Back in those days, coastal fortresses had giant canons and mortars that hid behind large stone structures. The Puget Sound’s state-of-the-art defenses were designed to be invisible from the sea, with retracting canons that fired and then disappeared into hidden batteries.

David M. Hansen’s scholarly book “Battle Ready” traces the development of the Puget Sound fortifications and documents the almost continuous upgrades to the fortifications in the years leading up to World War I. Mr. Hansen’s book is full of historical black-and-white photos of the fortifications prior to, during and after construction, including several modern photos taken by Hansen himself. 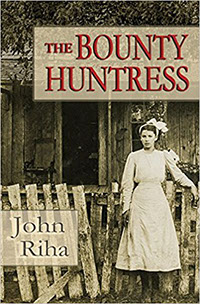 Life on the Oregon frontier was no place for the gentle or faint-hearted. For Iris Greenlee, the daughter of a murdered game warden, a tough childhood marked by repeated injustice, prejudice and disappointment hardened her into a dauntless young woman ready to fight to protect herself and her family. As soon as she was old enough, Greenlee tried her hand at bounty hunting, catching dangerous and wanted men who hid from the law in Southern Oregon’s deep woods.

Ashland, Oregon writer John Riha, author of “Rookies in the Wild,” took a brave step into historical fiction with “The Bounty Huntress,” a story he said was inspired by real events. Riha infused “The Bounty Huntress” with colorful descriptions of frontier life including hunting wild game, panning for gold, distilling illegal moonshine and dealing with troublesome neighbors who want to be left alone to do as they please but somehow can’t resist interfering with other people’s business.

"The Everything Store: Jeff Bezos and the Age of Amazon"

Jeff Bezos, the genius billionaire founder, chairman and CEO of Amazon.com, was something of a child prodigy in his home state of Texas and made a fortune early in life as a computer geek on Wall Street.

Born in 1964, Bezos graduated from Princeton University in 1986 and went to work on Wall Street in the computer science field, building international trade networks and funding early online start-up businesses. He left his well-paying job at a New York hedge fund in 1994 after the Supreme Court exempted online businesses from paying sales tax in states where they don’t have a physical presence. Bezos moved to the Pacific Northwest to start Amazon in his Seattle garage and went right to work building Amazon’s inventory, website and fulfillment center. Amazon started out selling books but gradually expanded into new categories and now sells just about everything. 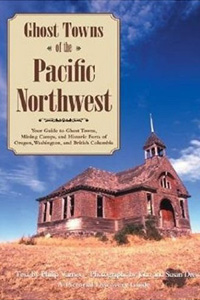 "Ghost Towns of the Pacific Northwest"

The Pacific Northwest area went through many profound changes after its abundant natural resources were “discovered” by settlers and prospectors in the 19th Century. Towns and cities appeared overnight in remote places in order to harvest raw resources for export, then turned into ghost towns or disappeared completely once those resources had been exhausted.

Varney’s 2005 book is filled with striking photographs by John and Susan Drew of historical buildings that still stand, some in disrepair and others maintained and preserved as tourist attractions. There are no people in the Drew’s photographs, just picturesque empty streets, empty cemeteries and empty rooms. 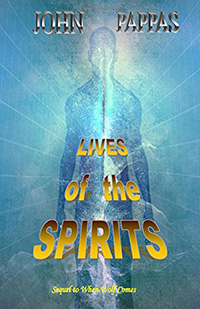 "Lives of the Spirits"

Before the famous 1804 expedition by Lewis and Clark, before the trading posts and maps and roads divided the Pacific Northwest and white men renamed everything, indigenous people lived off the land, fished the rivers and traded with neighboring tribes. Spirits spoke to people in dreams and guided their actions.

All this was about to change as white men from Canada, the eastern U.S. and Europe arrived in cloud ships, bringing with them foreign ideas, mysterious diseases and advanced weaponry.

In author John Pappas’ fourth book “Lives of the Spirits,” the sequel to his earlier novel “When Wolf Comes,” a young white man from Boston named Adian teams up with his Indian wife Neveah, an escaped Virginian slave named Josiah and several Indian translators from different tribes to canoe 200 miles up the Columbia River on a mission of trade and exploration. 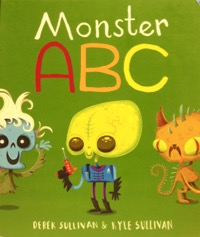 By Derek Sullivan and Kyle Sullivan

Kids ask a lot of questions. Sooner or later they will hear about monsters and will want to know more. Brothers Derek and Kyle Sullivan created the children's book Monster ABC for this purpose.

While some adults tell scary stories to children in order to scare them into being good, the Sullivans seek to introduce monsters to young readers as silly and fun, not something to be afraid of.

Most of the 26 international creatures in Monster ABC will be well known to parents and grandparents reading to their favorite five-year-old, but they have probably never seen them portrayed so playfully and with cartoonish innocence. 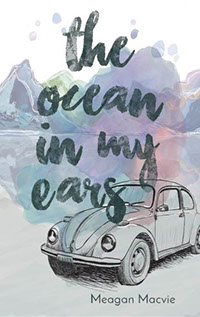 "The Ocean in My Ears"

A teenager yearns to escape her mundane life and sleepy hometown in Alaska for the excitement that surely awaits her in a bigger city or a college town in the lower forty-eight states in this debut young-adult novel by Pacific Northwest author Meagan Macvie.

Meri Miller feels trapped by the same people and their predictable routines she has known her whole life, and she is growing tired of her own predictable schedule of eating junk food with her best friend at the 7-Eleven, soggy fries and ice cream at the Dairy Queen or sitting through another church sermon. As she begins her senior year of high school, she begins trying new things like going to parties, making out with older boys and dip-netting for salmon.

Graduation can’t come soon enough for a teen who’s ready to be an adult, but the harder Meri tries to plan her escape from the place she’s known her whole life, the troubles of adulthood, family and responsibility start to force their way into her life and threaten to derail her plans. 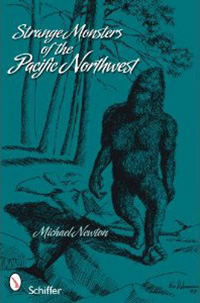 "Strange Monsters of the Pacific Northwest"

Strange monsters briefly glimpsed in passing have fueled urban legends, ghost stories and outright hoaxes for centuries. While the white man has only inhabited the Pacific Northwest area of North America for about two hundred years, Native American legends tell of huge creatures with humanoid features that no longer exist, such as the Thunderbird.

Is Bigfoot a myth, a real mountain man gone wild or a manlike bear that walks on its hind legs? Early descriptions from eyewitnesses tell of a ferocious beast with fiery, glowing eyes that burned with rage. This beast would howl ... 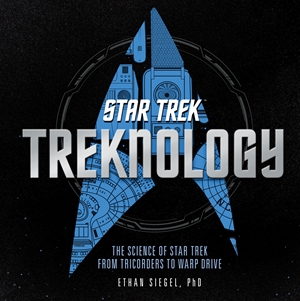 Treknology: The Science of Star Trek from Tricorders to Warp Drive

Technology has taken huge leaps in the more than 50 years since the original Star Trek television series debuted and today we can find once-futuristic devices like automatic sliding doors, wireless tablet computers and voice recognition technology all around us.

In his new book “Treknology: The Science of Star Trek from Tricorders to Warp Drive,” Pacific Northwest author Ethan Siegel dives into the real science behind the history of the fictional, future technologies of the Star Trek universe/franchise — including all the movies and spin-off TV series — and how many of these futuristic ideas have already become reality.

“Treknology” is a great hardcover coffee table book and conversation piece with 216 glossy color pages filled with beautiful archival photos from the films and television series, prop photos, scientific formulas and stock images that are a pleasure to peruse on their own. 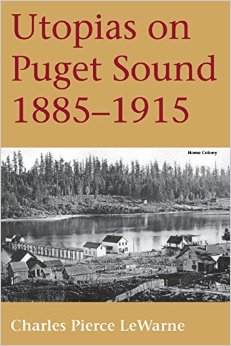 The utopian socialists who settled in western Washington at the turn of the 20th Century cared little for money, politics or the class struggles of the world outside their communities. They saw an opportunity for a prosperous new life on their own terms.

The Washington Territory’s population soared during the economic depression of the 1880s and many of these early utopian colonies had hundreds of members and lots of children, but not necessarily skilled workers and farmers. Most colonies were farm-based and put members to work in the fields. The colonies were not obligated to help each other in hard times and tended not to last long without organization.

Author Charles Pierce LeWarne’s “Utopias on Puget Sound, 1885-1915” is passionately researched and puts history in context with detailed stories from letters, records and newspaper accounts about life at the time, and profiles on colorful characters and charismatic leaders. 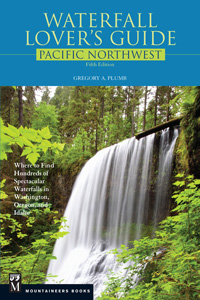 By Gregory A. Plumb

Any waterfall guide is a poor substitute for the real experience of personally seeing, hearing and feeling a spectacular waterfall up close, but “Waterfall Lover’s Guide: Pacific Northwest” comes close with hundreds of detailed maps, hiking directions and color and black-and-white photographs of the area’s most beautiful waterfalls.

Geologist Gregory Plumb demonstrates his personal love and knowledge of Pacific Northwest waterfalls in the fifth edition of this useful and informative guidebook, originally published in 1983.

“Waterfall Lover’s Guide” catalogs and rates more than 700 waterfalls from the Pacific Northwest region encompassing Washington, Oregon and Idaho. Some of the best waterfalls can be found in mountainous areas by hiking up steep, wet and slippery trails, while others like Multnomah Falls on the Columbia Gorge can be enjoyed without the hike.