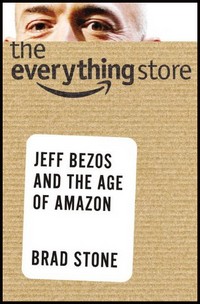 Jeff Bezos, the genius billionaire founder, chairman and CEO of Amazon.com, was something of a child prodigy in his home state of Texas and made a fortune early in life as a computer geek on Wall Street.

Born in 1964, Bezos graduated from Princeton University in 1986 and went to work on Wall Street in the computer science field, building international trade networks and funding early online start-up businesses. He left his well-paying job at a New York hedge fund in 1994 after the Supreme Court exempted online businesses from paying sales tax in states where they don’t have a physical presence. Bezos moved to the Pacific Northwest to start Amazon in his Seattle garage and went right to work building Amazon’s inventory, website and fulfillment center. Amazon started out selling books but gradually expanded into new categories and now sells just about everything.

Bezos himself is an idea factory and a visionary who carefully assembled a team of “Jeff Bots,” the loyal, brilliant and ruthless workaholics who carry out his ideas.

In “The Everything Store: Jeff Bezos and the Age of Amazon,” author Brad Stone, an investigative journalist and reporter for BusinessWeek, The New York Times and Newsweek magazine, provides a colorful and sometimes meticulous account of Bezos’ life up until the present. This is a great read for readers who love business books or who want to learn everything about Amazon.

Step by step, Stone reveals Amazon’s aggressive and disruptive business tactics on its 20-year climb to become the world’s largest online store with fulfillment warehouses and customer service call centers located all over the world. Amazon systematically undercuts its competitors to gain market share in new categories by negotiating lower prices from manufacturers to pass on the savings to customers. It also offers free shipping for Prime members and on orders over $35, along with sales tax breaks for customers outside Washington state. It then uses its new leverage to demand more concessions from suppliers, and has been known to pull products from its store (including this book) when negotiating new terms with suppliers.

Following the lead of Apple’s Steve Jobs in launching the iPod in conjunction with the iTunes Store and the $0.99 song, Amazon began secretly amassing a collection of nearly 100,000 e-books before its launch of the Kindle e-book reader in 2007. By cannibalizing its own customer base and offering e-books for $9.99, Amazon took over the e-book market and began exacting new demands on book publishers of all sizes.

Stone says Amazon and Bezos have “perfected an attitude of bemused perplexity” toward public criticism but secretly describe their business approach as a cheetah stalking a gazelle. Thanks in part to its strategic investments and acquisitions of rival technology companies, Amazon has survived two major stock market crashes and has helped to put several major retail chains, as well as hundreds of independent bookstores, out of business.

As of 2015, Mr. Bezos has amassed a personal fortune of more than $34.8 billion, making him one of the richest men in the world. In 2013, he purchased The Washington Post newspaper for $250 million in cash.

The Everything Store: Jeff Bezos and the Age of Amazon

"The Everything Store: Jeff Bezos and the Age of Amazon"